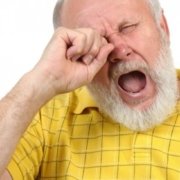 Oxygen is one of the most abundant elements in the universe. It’s a bit ironic, then, that people with breathing problems can’t seem to get enough of it. The body needs a certain amount of circulating oxygen in the blood at all times to effectively nourish the cells, tissues, and organs. When blood oxygen levels drop below normal, a condition known as hypoxemia may occur.

Hypoxemia can be acute, occurring suddenly because of an emergency situation, or chronic, taking place over time because of a long-term health condition like COPD.  Hypoxemia is the main reason that people with COPD are prescribed supplemental oxygen. But many people with COPD are unaware that they’re hypoxemic and, unless prompted to do so for another reason, they don’t immediately seek medical attention. This is unfortunate, because hypoxemia associated with COPD contributes to a reduced quality of life, impaired skeletal muscle function, decreased exercise tolerance and an increased risk of death.1 If you or a loved one have COPD or another chronic illness that puts you at greater risk for hypoxemia, it’s important that you’re able to recognize signs and symptoms of lack of oxygen so that appropriate action can be taken if, or when, it occurs.

Low oxygen symptoms of hypoxemia vary depending upon its severity. If you or a loved one experience any of the symptoms listed below, contact a health care provider as soon as possible:

The best way to detect hypoxemia is through arterial blood gases (ABGs), however, this is generally not possible in the home setting unless you have a doctor’s order for a home care nurse or respiratory therapist. Although it should not be used to replace ABGs in the initial diagnosis of lung disease and the evaluation for long-term oxygen therapy (LTOT), a pulse oximetry monitor plays an important role in the home monitoring of patients with lung disease,2 whether they’re using supplemental oxygen, or not. In fact, along with blood pressure, pulse, respiration, and temperature, oxygen saturation is now considered to be the fifth vital sign in many institutions.3

A pulse oximeter is a non-invasive device that measures the oxygen saturation of hemoglobin in the blood. Because it is able to rapidly detect changes in oxygen saturation, it can provide a warning to patients and health care providers alike of impending or existing hypoxemia.3

What to Do if Oxygen Saturation Levels are Low

If you’re not already using supplemental oxygen and you’re experiencing symptoms of hypoxemia and/or low oxygen saturation levels, don’t wait; contact your health care provider immediately to see about being evaluated for LTOT. Oxygen therapy is appropriate for many conditions that cause hypoxemia, COPD included.

If you are a current user of supplemental oxygen and experiencing symptoms of hypoxemia and/or low oxygen saturation levels, troubleshoot your oxygen equipment to make sure it’s working correctly. If troubleshooting doesn’t resolve the issue, contact your health care provider; you may need an adjustment in your oxygen dose or your current course of treatment.